Ray McGaughey – A lifelong New Yorker and promoter of his native Brooklyn, Ray never saw himself working in tourism. With a background in geology and Spanish, he was no natural candidate. But casual tours with visiting friends were enough to pique his interest and he soon realized a passion for helping newcomers better understand his city. Today Ray can imagine himself with no other profession and never tires of studying the world through the dynamic lens of New York. During the off-season, Ray tries to travel and has recently spent time in Argentina and Egypt. 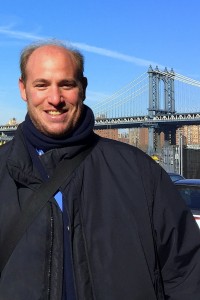 Mike Morgenthal – Born and raised in New York’s Greenwich Village, Mike has been a licensed sightseeing guide for over half a decade. With a background as a newspaper reporter and magazine editor, Mike loves digging beneath the surface and uncovering the hidden gems and authentic stories that encapsulate his city–a passion he translates into one-of-a-kind tour experiences for his guests. When not touring or continuing his quest to eat in every dining establishment in NYC, Mike can be found on a golf course or haunting local jazz clubs. 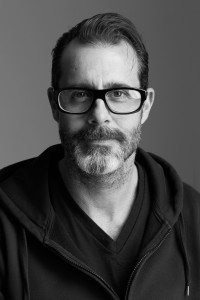 Robert Stout - Having traveled extensively as a photographer (including alongside photography legend Annie Leibovitz) Robert has proudly called New York City home since 2003. As a father, cook, and lover of American history he sees his adopted city through a suite of diverse lenses. In addition to photography and tour guiding, Robert is founder and co-owner of a Brooklyn-based, artisanal beef jerky company called Kings County Jerky Co. With his background in art and craft cuisine–Robert makes the perfect cultural and culinary ambassador.